Our tutors/alumni graduated from the institutions below (partial list) : 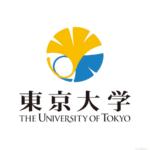 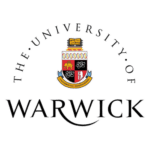 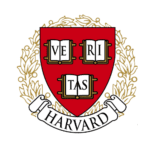 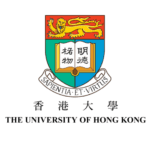 About the Education System in Singapore

In terms of economic growth, Singapore has become one of the fastest growing developed countries. One of the key factors in the country’s success has been its strong and well-regarded educational system. According to a recent study, Singapore has the fourth best education system in the world.

The positive aspect of Singapore education is that it keeps education costs under control in order to keep it affordable. It is made possible by substantial government funding, which amounts to 20% of Singapore’s national budget. This combination of world-class education at an affordable price has made Singapore a popular destination for international students as well.

Singapore has the best schools, colleges, universities, and other educational institutions in the world. Singapore’s educational system is broadly classified as follows:

Playschool, Nursery, and Kindergarten are all part of pre-primary education. These schools are typically run by the private sector, which includes religious organizations, community foundations, business groups, and so on.

Primary 1 to 4, a total of 4 years in the foundation stage

Primary 5 and 6, total 2 years of orientation

A student is assigned to one of four secondary education streams based on their PSLE merit ranking: Special, Express, Normal (Academic), or Normal (Technical).

Secondary education is typically completed in 4-5 years, following which students must sit for the Singaporean GCE ‘O’ Level exam. Students are admitted to pre-university education based on their performance in that exam.

Junior Colleges and Polytechnics are the two broad categories of pre-university education.

Junior Colleges provide a two-year junior college/3-year centralized institute pre-university program that culminates in the GCE ‘A’ Level examination. These colleges prepare students for university education by providing them with the necessary skills and knowledge.

Polytechnics provide three-year diploma programs in a variety of subjects such as tourism, biotechnology, digital media, engineering, and business studies. All of these courses are hands-on, with a lot of group work.

Graduate, postgraduate, and doctoral programs in a variety of fields comprise University Education level. The National University of Singapore and Nanyang Technological University are among the world’s top 50 universities. Both of these universities specialize in research and thus attract a large number of research scholars from around the world.

SIM University, which is privately run, is Singapore’s only university dedicated solely to adult learners. Only working adults are eligible for part-time degree programs at the university.

All of these Singapore universities have collaborations with other top universities around the world to provide students with enhanced learning experiences, particularly in the field of research.

Singapore has a number of private schools in addition to government-funded state schools. These schools are not managed by local, state, or national governments; rather, they are managed by private entities such as an individual, group, trust, or organization. These schools do not receive government funding and are instead supported entirely or partially by high tuition fees charged to their students.

However, it should be noted that in Singapore, private schools only operate at the Secondary Education level. As a result, passing the PSLE exam is also required for admission to a private high school.

Monthly tuition fees in private schools and international schools are approximately ten times higher than those charged in public schools.

In a hurry? Let us call you back.

No Obligations, No Contracts

Contact us today and get a free trial with our customer service representative. Find a premium tutor today at TigerCampus Singapore!